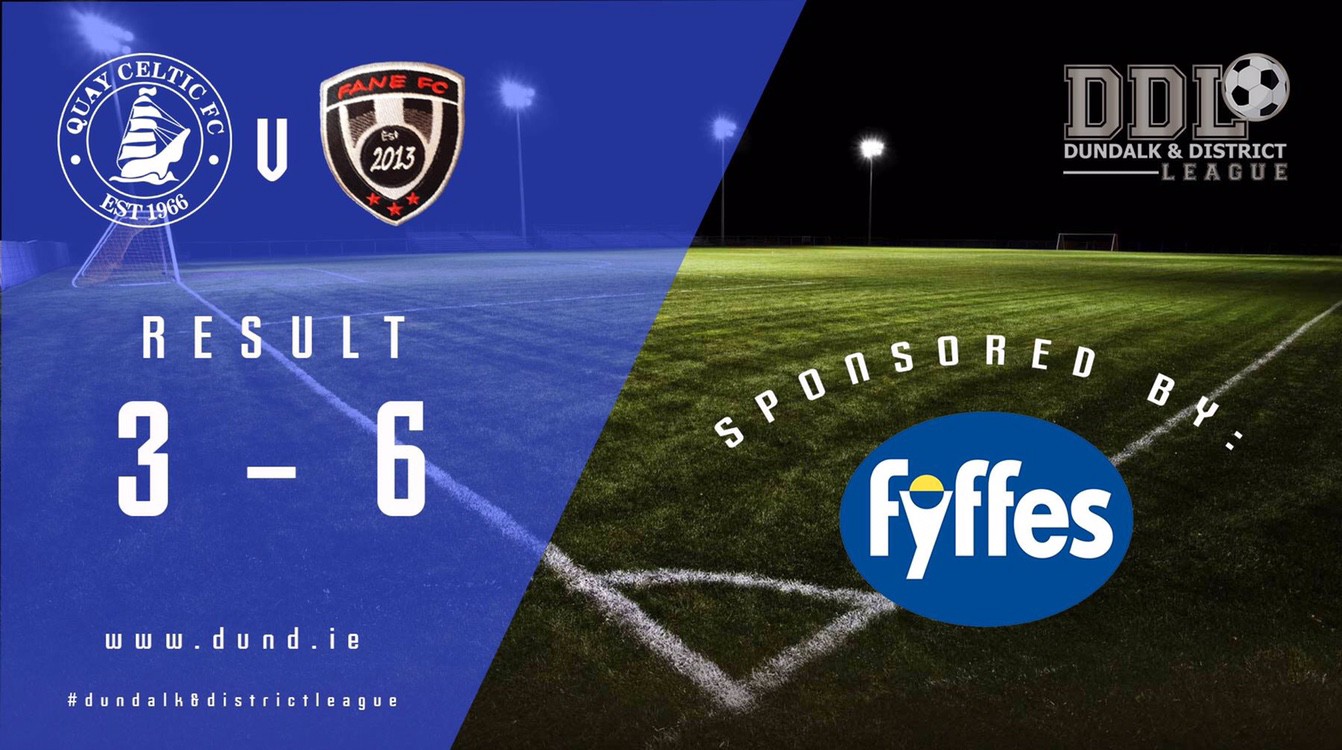 ﻿The opening game of the 100th Dundalk and District League season proved to be a thriller with Fane FC putting six past Quay Celtic at Clancy Park.

Cathal McGlade and Chad McEneaney put the visitors 2–0 up with goals either side of the break before Robbie Mackin and Dannan Killeen hauled Quay level.

Three goals in the space of 14 minutes sealed Fane the win, though, with Mickey Crosse, McGlade and Sean Bailey all on target. Killeen pulled one back for Martin Dullaghan and Johnny Winters’ side but Sean Kelleher added a sixth for the winners late on.