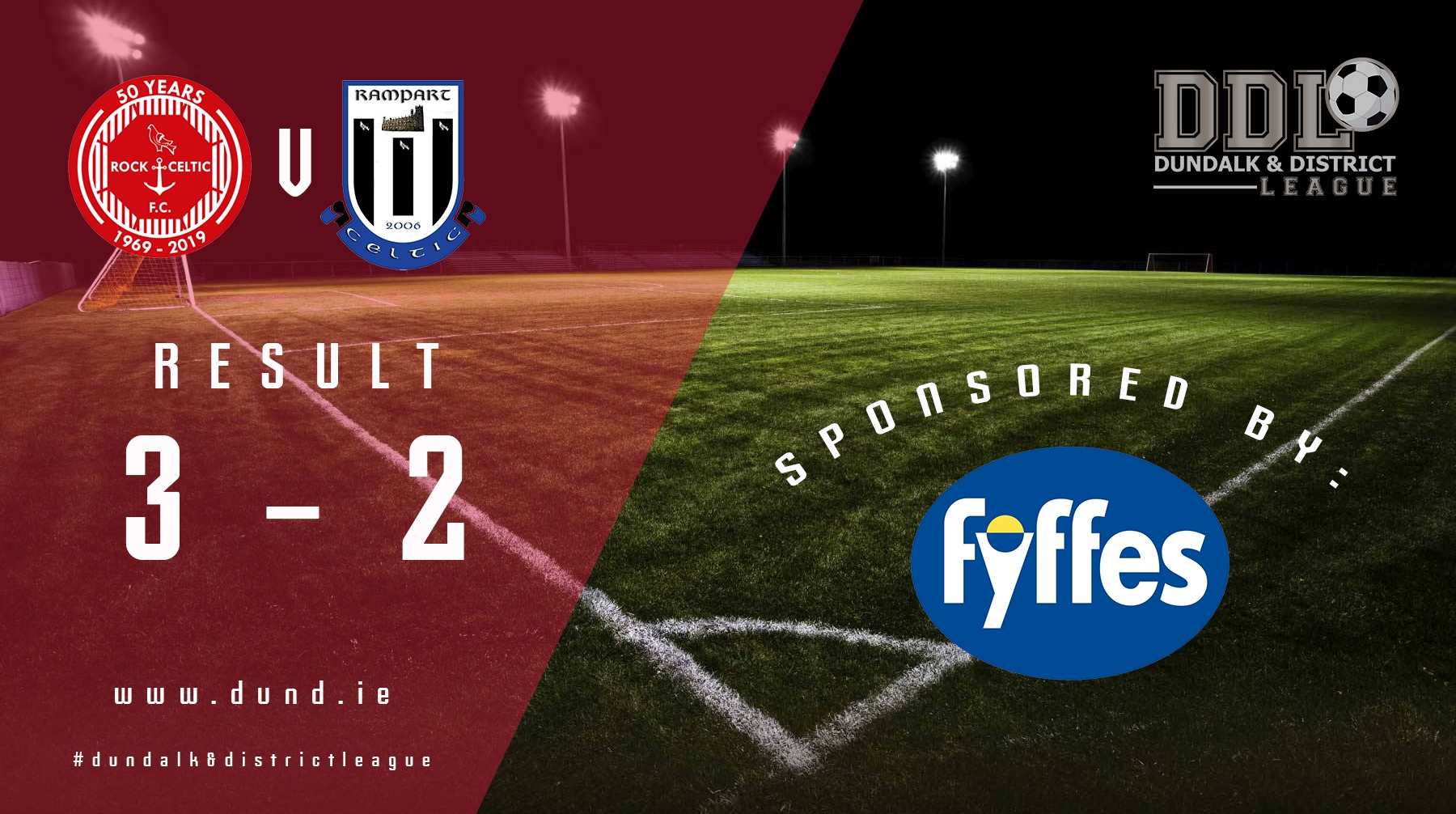 Rock Celtic dominated the first 45 minutes of this very entertaining match, going ahead after 10 minutes with a close range effort from Dan Kerr.  The seasiders constant pressure forced Owen Mc Guinness to concede an own goal to put the home side 2-0 up after 22 minutes.

Minutes later Sean Hand with a long range strike had Rock 3-0 ahead, a lead they took into the break.

Six minutes into the second half Lee Wright reduced Rocks lead from the penalty spot.  A more composed Rampart side took over the game and a super strike from Stephen Sharkey left just a goal between the side with 8 minutes left to play.  The Rock team held out to claim all 3 points and remain unbeaten after 3 games