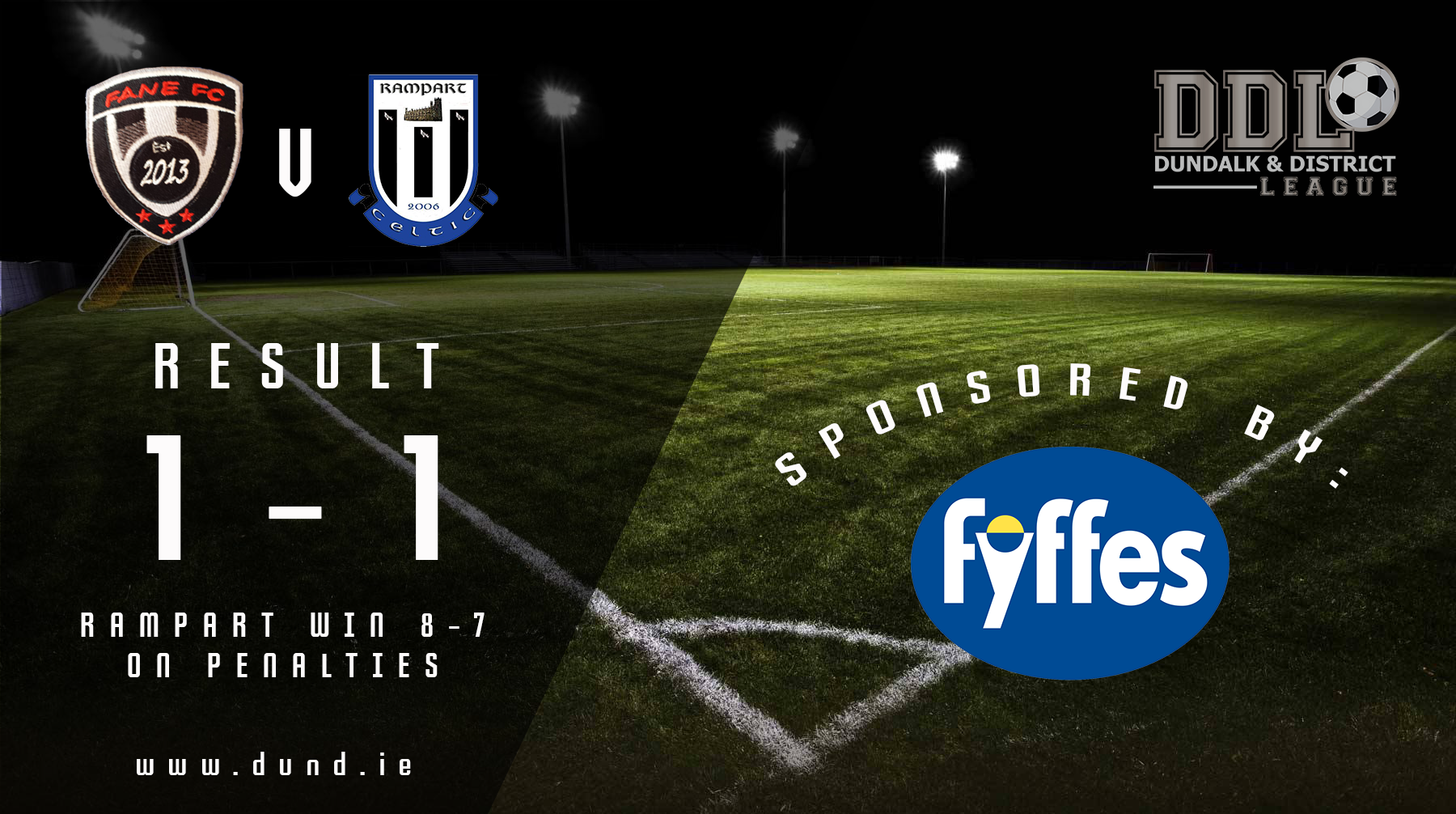 As a very evenly contested first half came to its close, the leagued top scorer Chad Mc Eneaney struck his 6th goal of the season in the 44th minute to give Fane the lead at the break.Two minutes into the second half Lee Weight was brought down in the box and the Rampart striker dusted himself down to put the penalty away to leave the tie.

A magnificent strike by McEneaney towards the end was brilliantly saved by the outstanding Rampart keeper and the game finished one a piece after 90 minutes. To send the tie to a shoot-out.  After the customary 5 spot kicks it was 4-4.In the 9th set of peno’s, Fane struck the crossbar and Aidan McGuinness found the net to put Rampart into the Clancy Cup semifinals, 9-8 on penalties, sending last years runner-up out.  Players to stand out were Chad McEneaney and Damien Bond for Fane and McDonagh in goals, Lee Weight and Aidan McGuinness of Rampart.