Quay Celtic come out on top with a 5-3 victory over Rampart Celtic.

Quay Celtic come out on top with a 5-3 victory over Rampart Celtic. 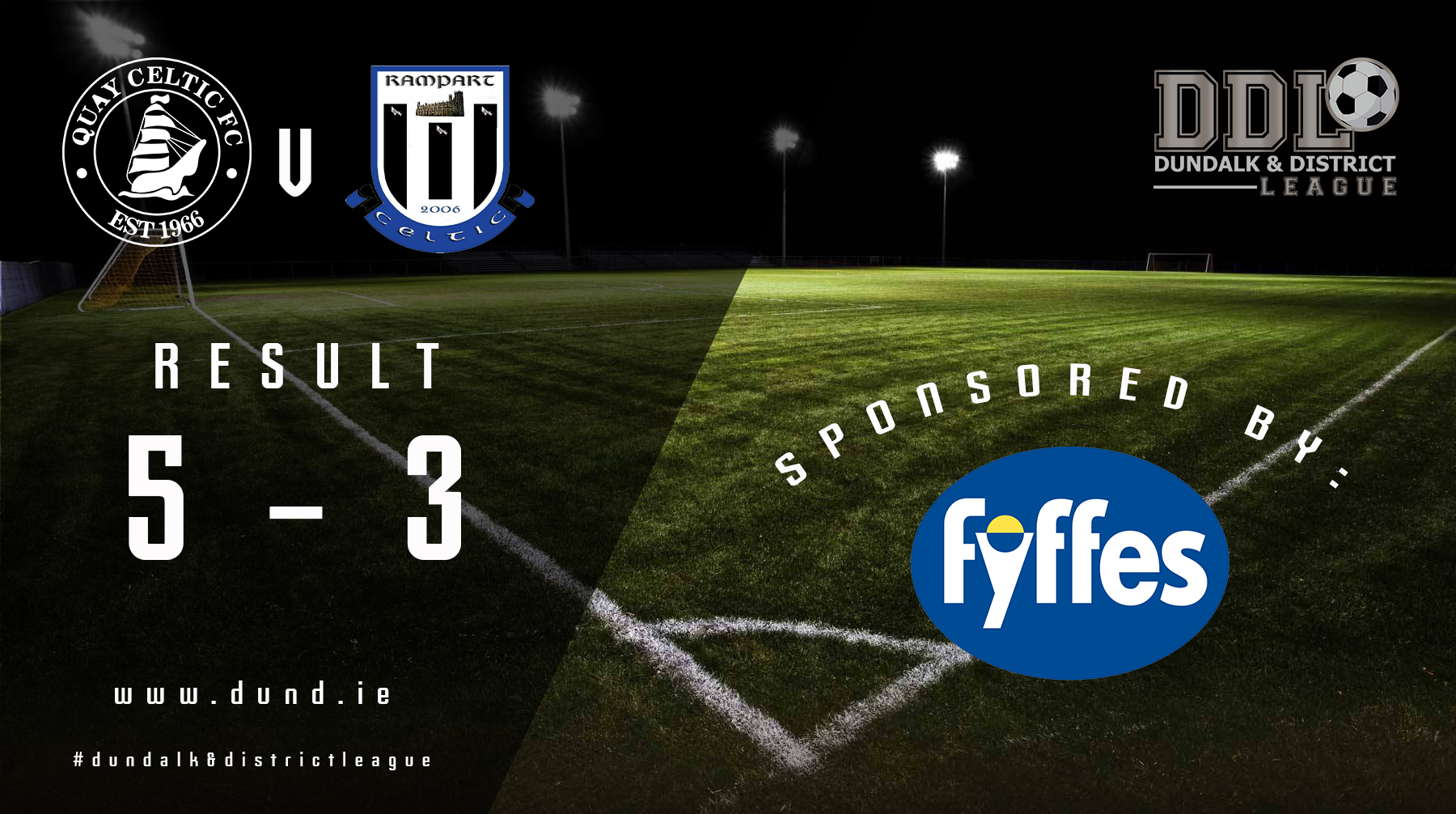 Plenty of goals on show tonight in Clancy Park as Quay Celtic edged out 5-3 winners over Ramparts in the Dundalk & District League.

A new look Quay team featuring some of the clubs promising youth players started quick with new signing Eimhin Caldwell getting off the mark.

Ramparts pulled back 2 in quick succession and Quay replied 10 minutes later to make it 2-2 through Oisin McCummiskey.

Ramparts then took the lead before Quay equalised, once again, through Oisin McCummiskey.

Quay edged into the lead with veteran Johnny Winters notching from a set piece.

Quay then took control with Captain Danann Killeen and Winters driving on from the midfield engine room.