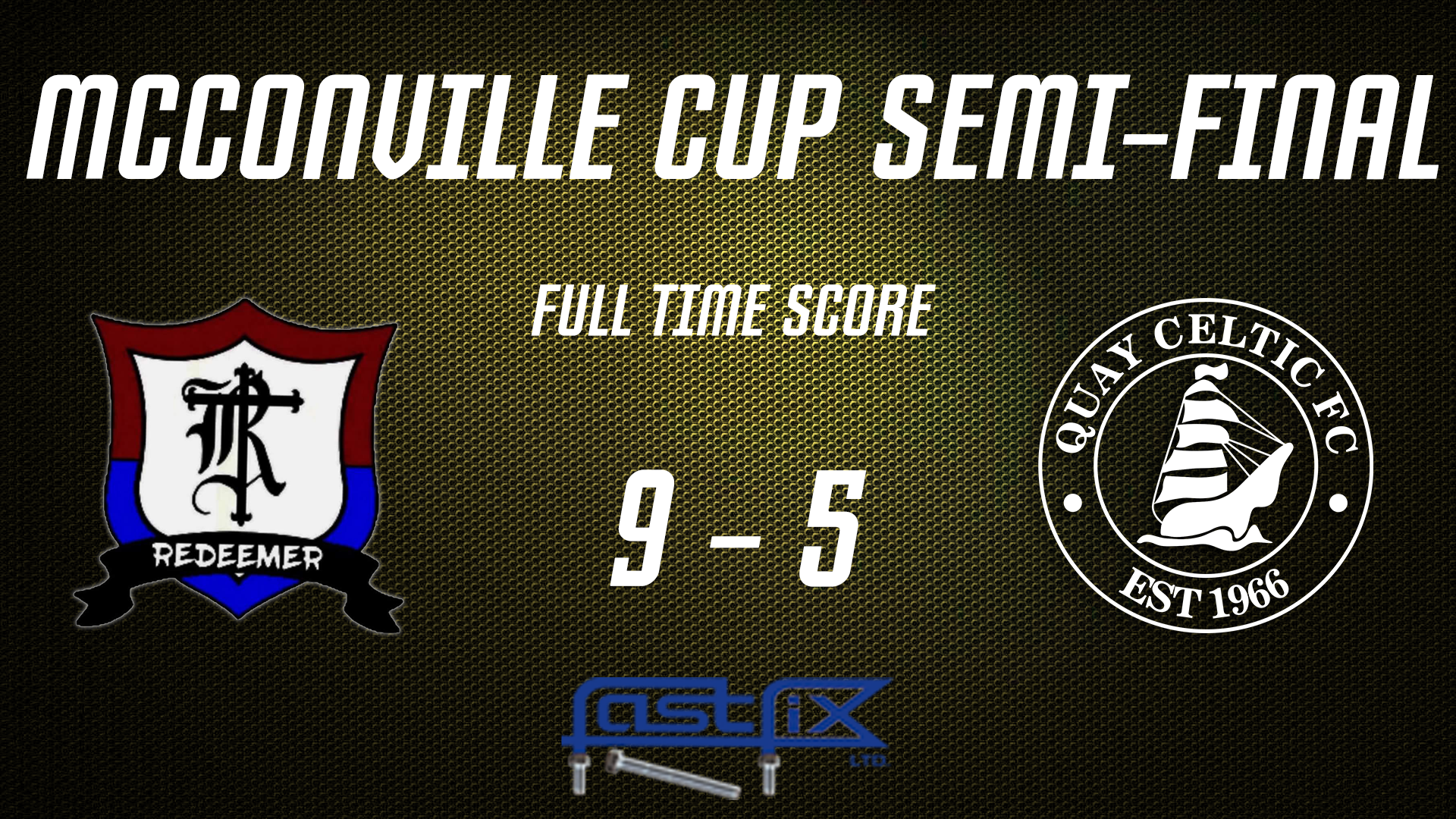 After a brief floodlight failure on a balmy September night, the two teams preceded to give the large crowd a veritable goal fest, 14 in all, in a non stop attacking display from both camps.

Thomas Daly put Redeemer ahead after 14 minutes of play and lobbed the keeper again in the 25th minute to double their advantage. Taylor Murphy hit back for the Quay after 37 minutes to make it 2-1, only for his side to give away a penalty within a minute, allowing Thomas Daly to complete his hat-trick. Quay immediately struck back with Damian Killeen scoring to make it 3-2 scoreline. A scramble in the Quay goal mouth just before the break saw Redeemer take a 4-2 leap via an own goal.

Five minutes into the second half Quay gave away another penalty which saw Conor Mackin dispatched to stretch Redeemers lead to 5-2. Paddy O’Connell quickly made it 6-2 in 57 minutes before Taylor Murphy hauled Quay back into the game on the hour mark. A tremendous shot from Dannan Killeen a minute later left just 2 goals between the sides as t 6-4. The fight back was snuffed out by the Redeemer attacking trio of Ryan McDonald, Thomas Daly and Paddy O’Connell, all scoring in breakouts as Quay pushed forward, to establish a five goal cushion by the 88th minute on a 9-4 scoreline. To Quays credit their heads never dropped at any time in the match and this was epitomised by Conor Mackin getting Quays 5th goal in the 90th minute. It was a McConville Cup semifinal that will be long remembered by those privileged to witness such exciting talented players from both teams.

Man of the match Thomas Daly of Redeemer.