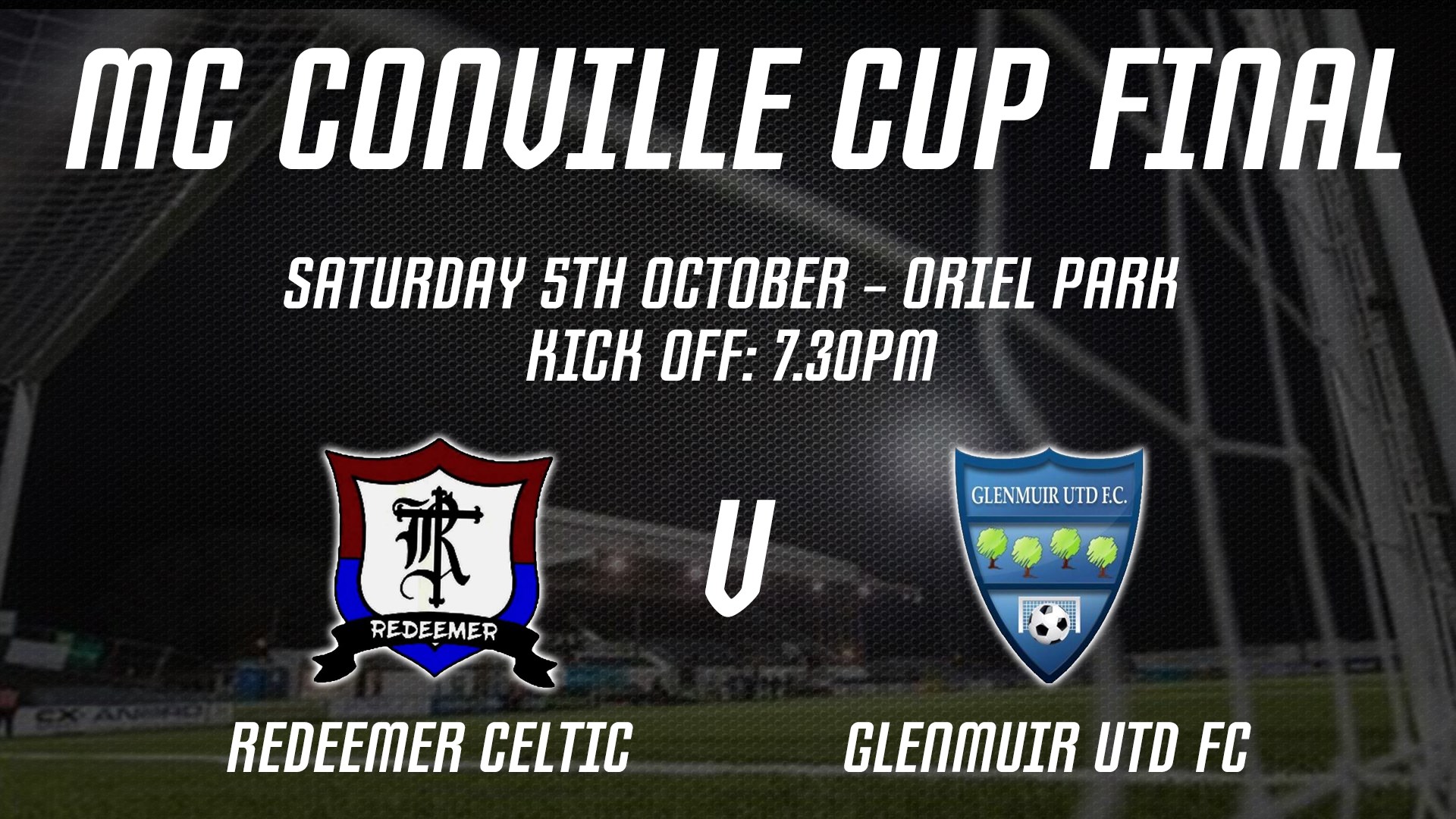 Both teams, Glenmuir United and Redeemer Celtic will be contesting their first ever Fastfix McConville Cup Final. Glenmuir knocked out two clubs with great histories in the competition, Bellurgan 3 time winners in the 1990’s and Rock Celtic who also won the trophy 3 times between 1979 and 1998. Redeemer beat Rampart the current Clancy Cup holders and saw off 6 time winners Quay Celtic in a high scoring semifinal.

League meetings between the sides have seen Redeemer victorious by 5 goals to 3, both home and away. As those scorelines would suggest, this should be a high scoring final as both sides have some very exciting attackers in their line outs. Redeemer contain the two top scorers in all competitions this season, Thomas Daly and Ryan McDonald, each netting 19 goals. Along with them they have Paddy O’Connell who has scored a dozen. Glenmuir have quality strikers in Paddy Nicholson with 12 strikes to his name and Peter McStravick who also in double figures with ten in the onion bag.

At the back Cillian Rice (Redeemer) and Jordon Mackin (Glenmuir) will be put to the pin of their collers to keep clean sheets in the face of such scoring talent. The Glems will be looking for a big performance from the likes of Rory Phelan, Conor Richardson and Dave McCave to combat the striking power of Redeemer. Like wise the likes of Mark Lee, Tiernan Moran and Conor Mackin will have to be at their best to snuff out the threat of the Glems top scorers. It promises to be a cracking cup final that will see a new name on the 42 year old Trophy for 2019.

Path to the final.

Redeemer are on course for a League and Cup Double.

Honours in Dundalk and District League