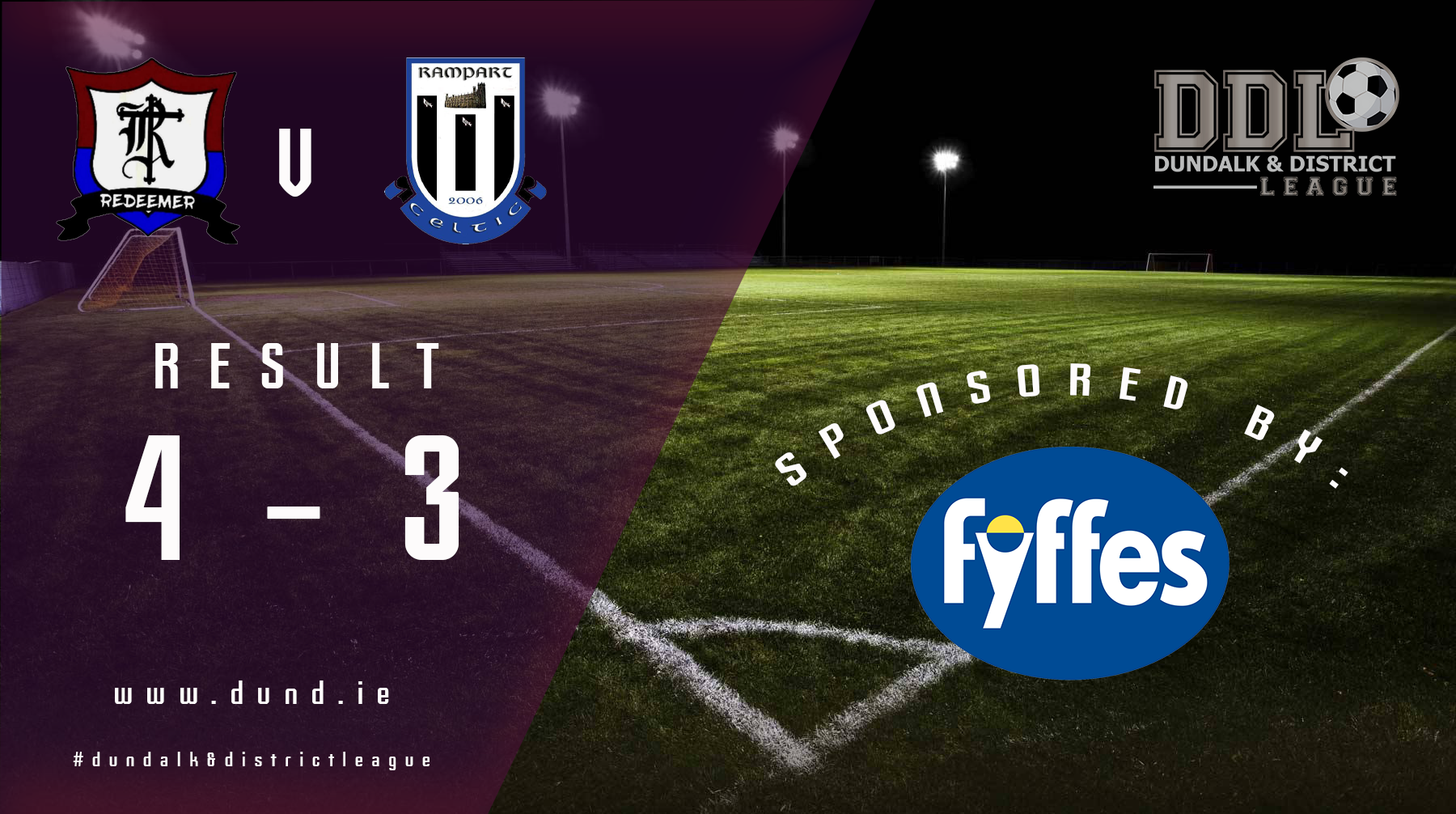 In a seven goal thriller, Redeemer just about held onto their 100% league start beating a battling Rampart 4-3 to open a 9 point gap at the top off the table. Rampart took a shock lead in the 13th minute when Aidan McGuinness headed the ball from a corner. A hesitant Rampart keeper allowed Thomas Daly to tap in from close range to level the game in the 22nd minute. Minutes later a wonder strike from distance by Conor Makin put the league leaders ahead. Paddy O’Connell gave warning notice to Rampart if what was to come from him when he rattled the crossbar on the half-hour mark. In the space of five minutes he notched a brace just before the break to send the home side in with 4-1lead.

A Rampart reshuffle saw Aidan McGuinness moved to a striking role alongside Jason Mulligan at the restart. In the 57th minute McGuinness swept in from the left wing and from the tightest of angles beat Mark O’Brian bin the Redeemer goals to make it 4-3 with seven minutes remaining. The home side were reduced to 10 men due to a second yellow card for the last five minutes but held out to take a giant stride to their first ever Dundalk and District League Premier Division title.