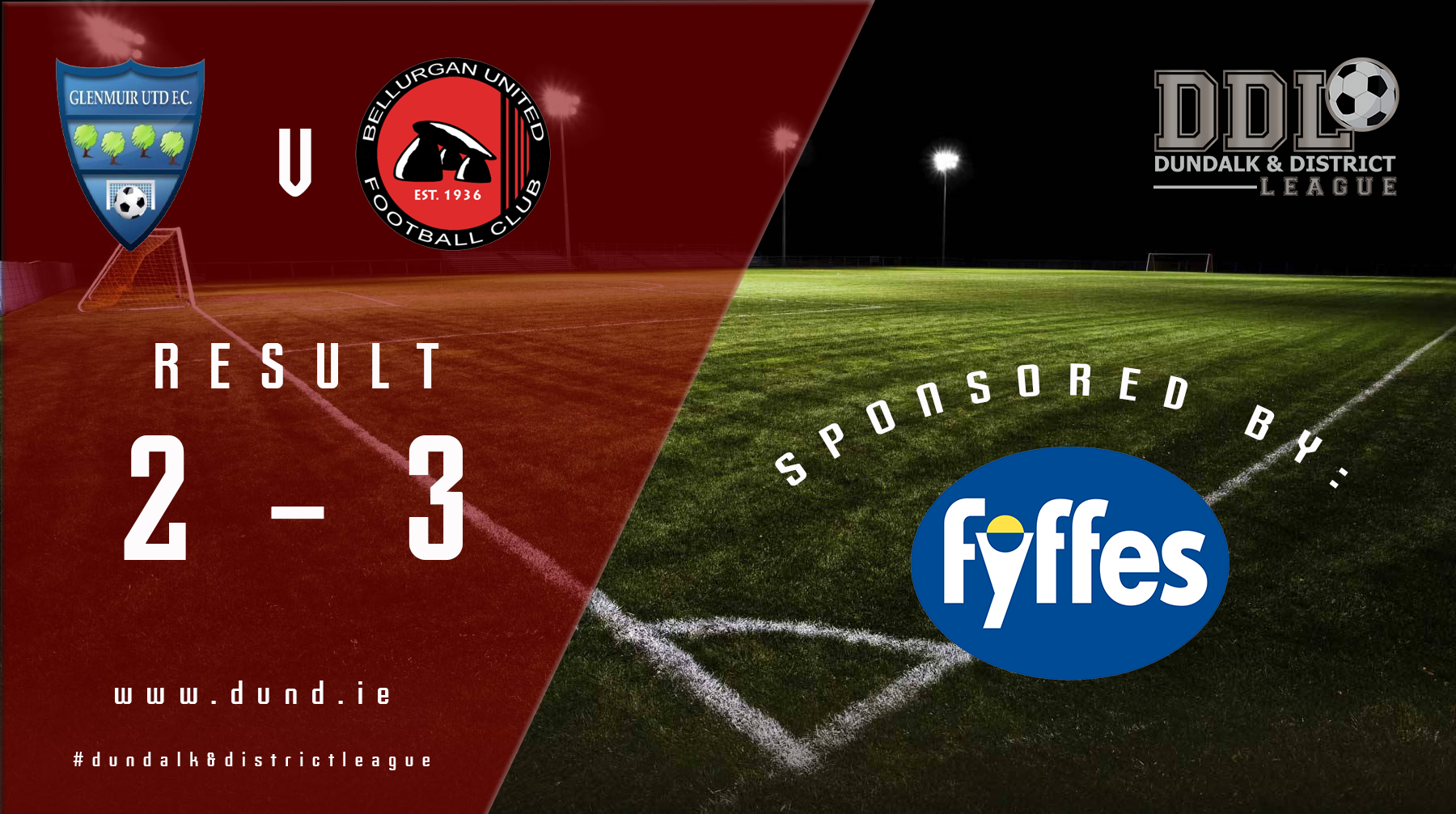 Bellurgan kept their hopes of finishing second in the Premier League with a hard fought victory over Glenmuir, who also harbour thoughts if the runner up spot behind Champions Redeemer Celtic. The match was played at a high tempo right from the off with both sides committed to attack. It took a penalty for Bellurgan after 30 minutes of play to break the deadlock, Stephen Finnegan dispatching the spot kick. Seven minutes later a blistering shot from Peter McStravick was too hot for the keeper to handle and the sides were level.

Midway through the second half Bellurgan were awarded a second spot kick and Declan ‘Bomber’ Sharkey out the visitors ahead in a 2-1 scoreline. With seven minutes remaining Ashraf Jamel chased a long ball right to the endline and from the acutest of angles squeezed in an equalising goal for the home side. Minutes later Bellurgan won a free kick 39 yards from goal and Thomas Dullaghan with a superb effort found the net to put Jason McConvilles side ahead for the third and final time in a very exciting contest. The standard of football was excellent from both teams. A comment that has been repeated many times this season, indeed many regard the quality of football to be the best for a very long time.