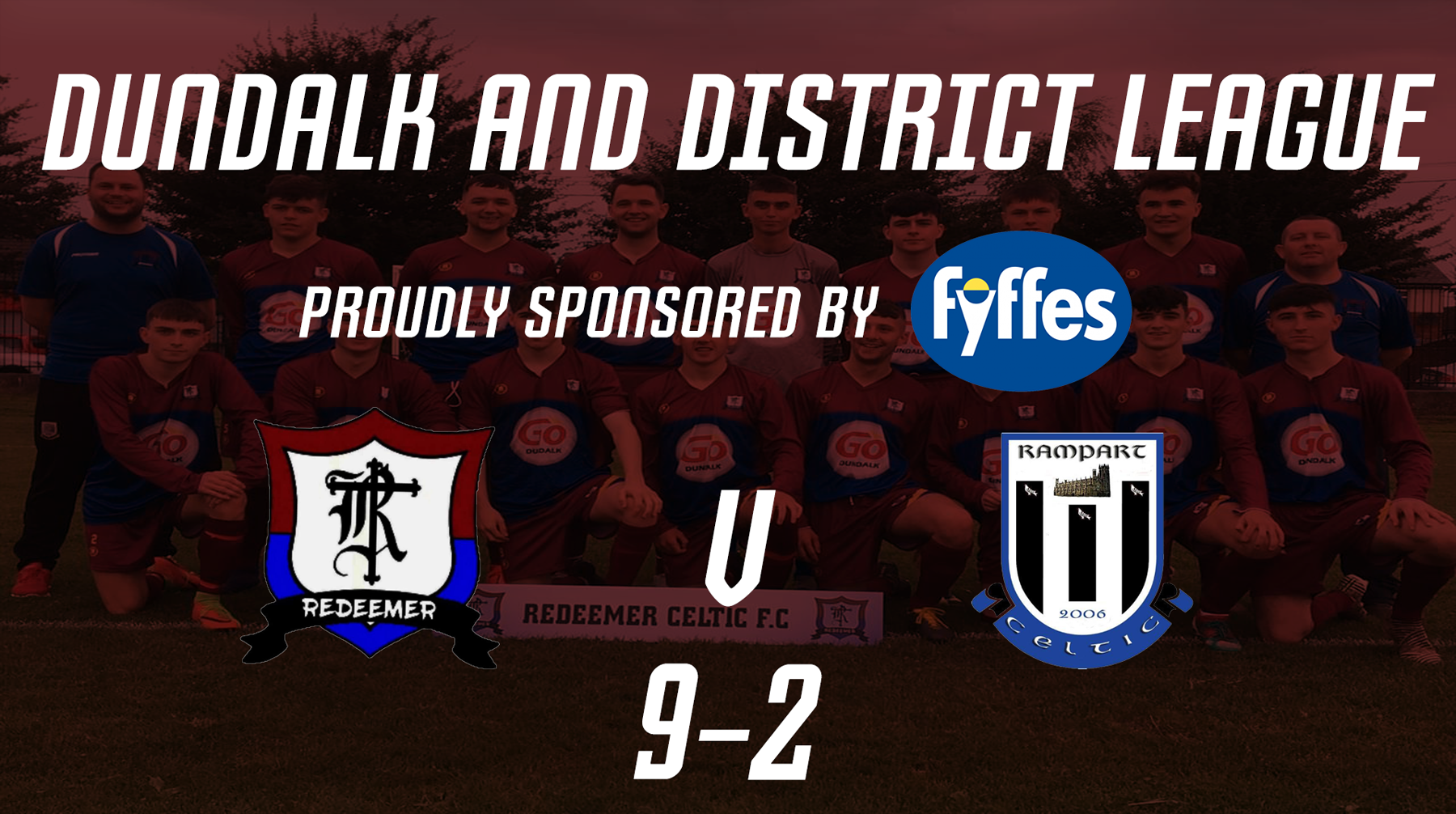 Redeemer Celtic were crowned Dundalk and District League champions after a champagne performance against Rampart Celtic, which saw the Gorman Park side score 9 goals in front of their ecstatic home followers, to win the Fyffes League Trophy.

Ryan McDonnell started the scoring after just one minute of play, heading home Kevin McCormack’s superb left wing cross. A brace of goals from Thomas Daly, in the 19th and 37th minutes, the first from the penalty spot, the second a delightful lob, gave the champions in waiting a 3-0 half time lead.

Rampart with Ray Mc Cuthcion, Aidan McGuinness and Robbie O’Hanlon driving their team mates on forced Redeemer onto the back foot until 15 minutes from time when Ryan McDonnell made it 4-0 with a low drive from outside the box. Within minutes he had added another to complete his hat-trick and put Redeemer 5-0 ahead. Two more followed for the fire striker to make it 4 in a row and stretch the lead to 7-0. Rampart got on the score sheet when Lee Wright dispatched a penalty kick past Cillian Rice with 10 minutes remaining. The goal of the game followed minutes later, Martin O’Brian firing a rocket from 25 yards out to the roof of the Ramparts net.

Joseph Osade skillfully worked his way through the Redeemer defence to make it a 8-2 scoreline with 5 minutes left to play, but it was the star of the night, Ryan McDonnell who completed the root with a simple tap in, to complete the double hat-trick. This was an historic victory for Redeemer Celtic as they lifted their first major Trophy in the Dundalk and District League. Brian Reneghan of Fyffees presented Tiernan Moran captain big Redeemer Celtic with the League Trophy.