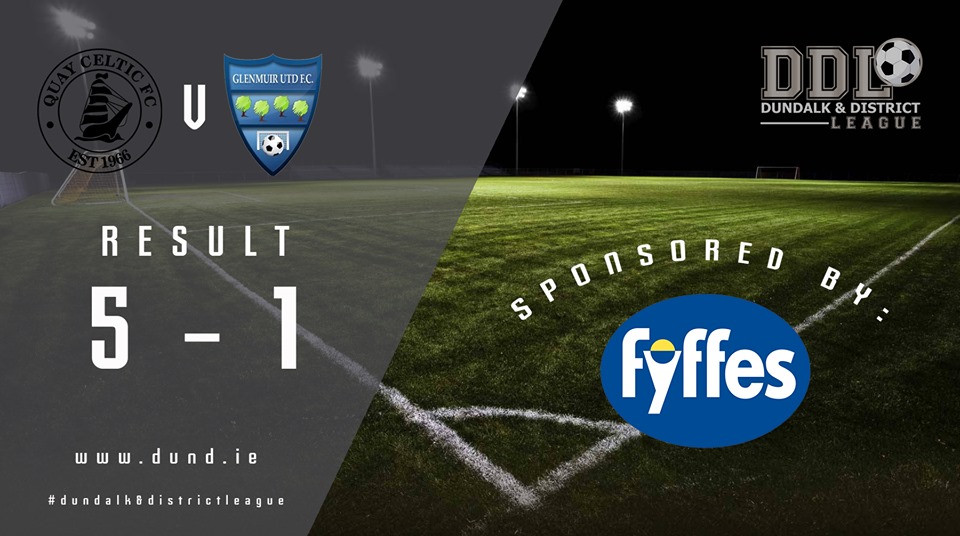 A superb hat-trick by Ronan Cunningham was instrumental in Quay going through to the semifinal of the cup named after a great servant of Quay Celtic, the late Jimmy Clancy. He scored the only goal of the first 45 minutes, drilling home from the edge of the box in the 34th minute.
The second half saw Quay take complete control of the tie with Cunningham finding the net twice more in quick succession, the first on 50 minutes followed by another on 60 mins. Sean Murray extended the Point roadsides lead shortly after before Danny Mullan pulled one back for Glenmuir with 10 mins left to play.
Right at the death, Ruari Cooney completed the scoring to give Quay their first victory of the season.