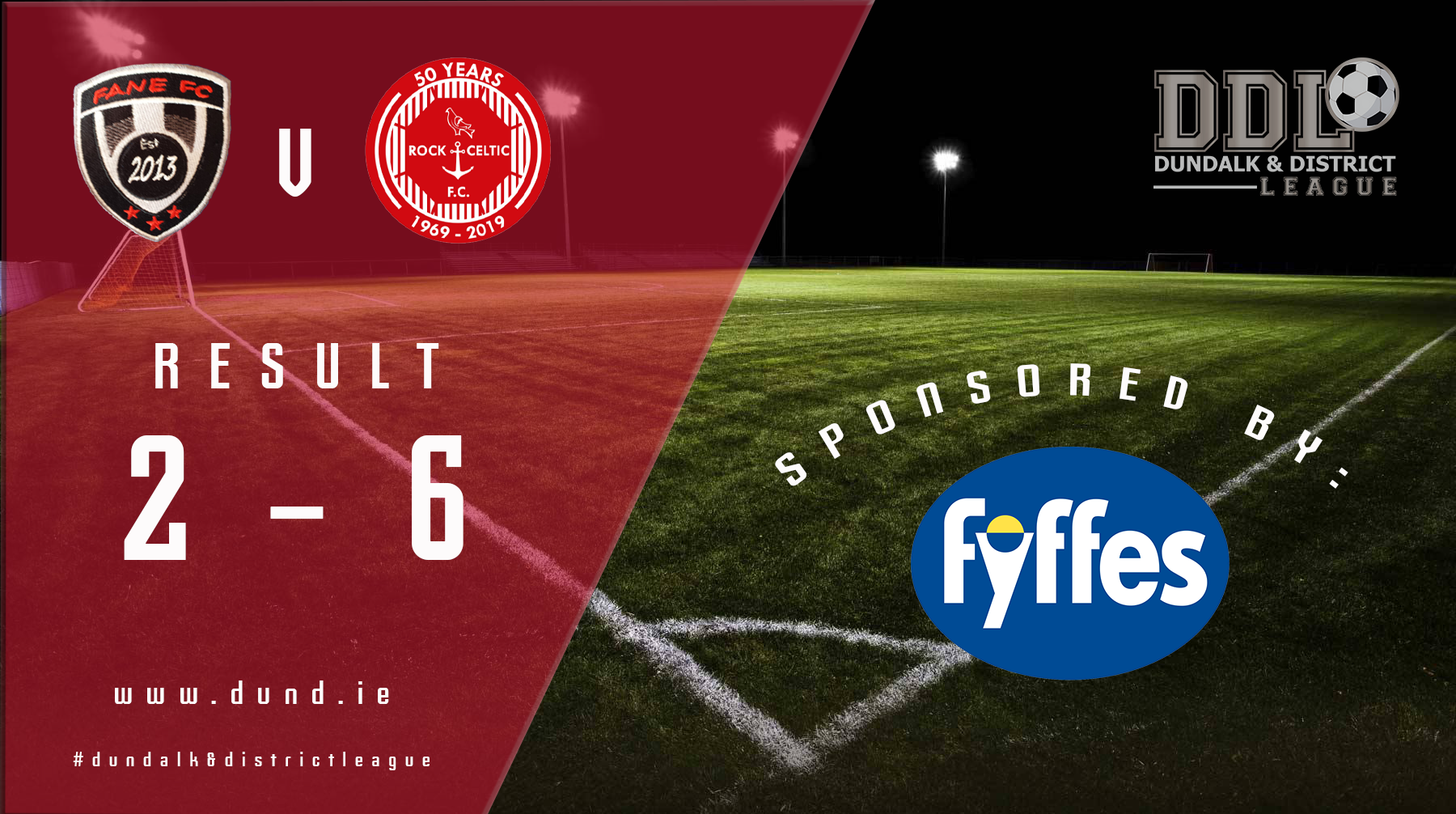 Fane F.C. missed the chance to close the gap between themselves and league leaders Redeemer Celtic when they fell to a heavy 6-2 defeat at home to Rock Celtic. Dispute the tonic of a 7th minute goal by striker Sean Bailey they were outplayed by a swift passing Rock side who drew level on the half hour thanks to a brilliant volley from Ronan Sands. Seven minutes later Des McKeown put them further ahead, before Ronan Sands struck again with a low shot from distance to make it 3-1 to the Rock a lead they held to the break.

In the 55th minute Liam O’Callaghan tapped home a low cross to make it 4-1 to the visitors. Shortly after referee Brendan Doyle had to sort out a gathering of players after awarding a free to Fane, the outcome seeing two Fane players being sent off and one Rock player booked. Although reduced to to nine players Fane pulled a goal back, Alan Lennon’s shot being deflected past Mark Hannah in the Rock nets. A brace of goals from substitute Azito Ekwueme wrapped up the points for Rock who now sit in third place, a point behind Fane. Players to stand out were Ronan Sands, Ed Maguire and Derek Delaney for Rock, while keeper Liam McDonagh, Her Collins, Sean Kelleher battled hard for Fane.