Quay Celtic find the key to success with a 3-2 victory over Redeemer Celtic.

Quay Celtic find the key to success with a 3-2 victory over Redeemer Celtic. 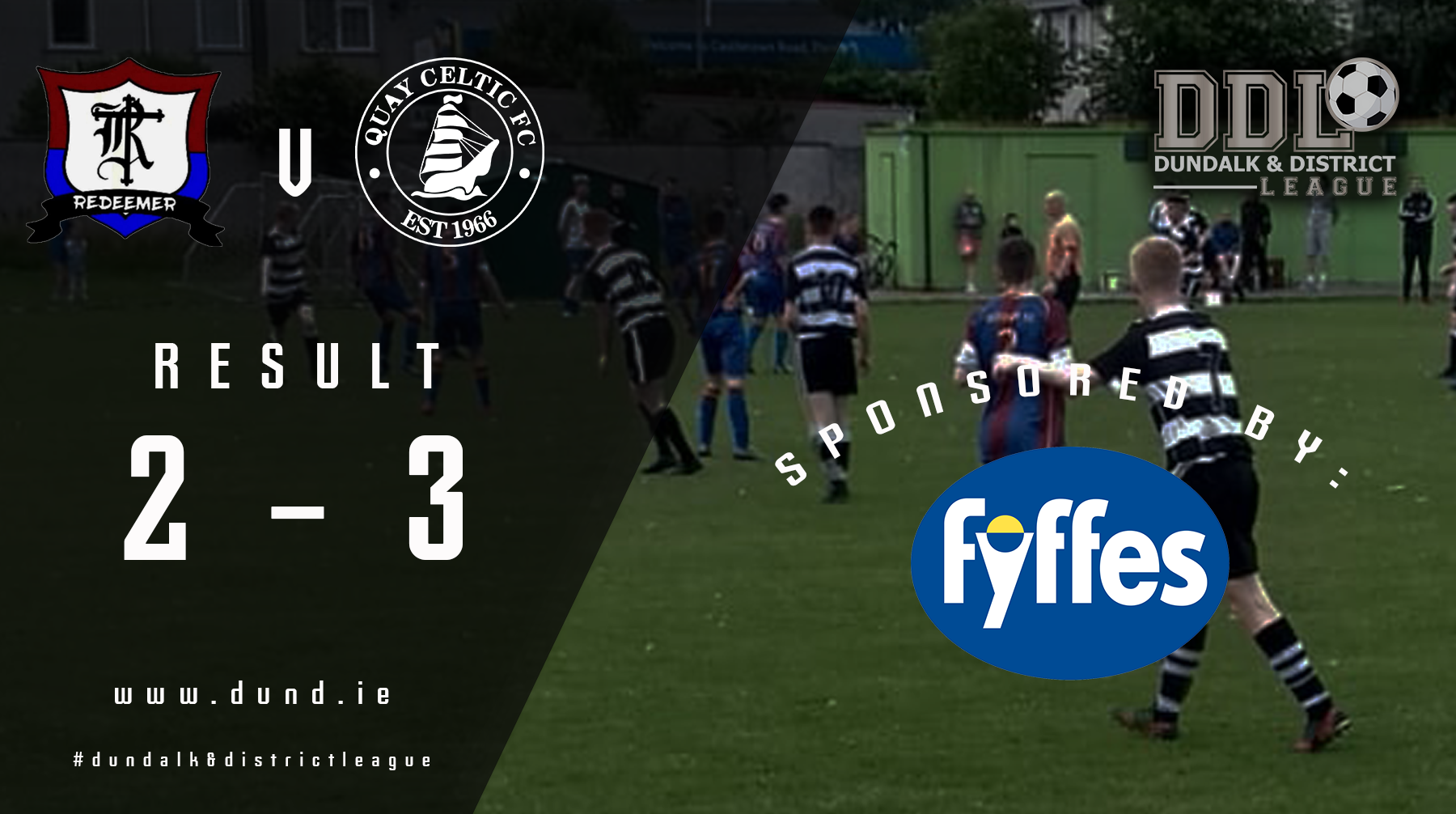 Quay Celtic made it two wins out of two when they defeated leaders Redeemer 3 – 2 tonight on their home patch in the Dundalk & District league. Redeemer raced into a quick 2-0 lead with goals in the opening 15 mins, one from a corner and the 2nd when some sloppy defending let in the Redeemer center forward and he made no mistake.

Quay thought they should have had a penalty half way through the first half but the referee waved played on when Johnny Winters was upended in the box however they did not have to wait long for a way back into the game when Oisin mc Cumiskey was put through on the right and his shot was parried into the net by the Redeemer keeper. With the HT score at 2-1, Quay started the second half strongly and it was the introduction of sub Shane mc Kenna which had a big influence on the game.

After a flowing move the ball ended up at the feet of Mc Kenna on the edge of the Redeemer penalty box and he calmly slotted to Conor Mackin who had the easiest of tap in’s. With the momentum firmly with the Quay they grabbed the 3rd goal when again Mc Kenna laid the ball off to the MOTM Eimhin Caldwell who finished comfortably.

The final ten minutes saw some frantic football with Redeemer throwing everything at the Quay who stood firm with some great defending. The last action of the game ended with a magnificent catch by Quay goalie Conor Black to condemn Redeemer to their first home defeat in two seasons.