Glenmuir F.C make it two wins out of two with a 4-2 victory over Rampart Celtic

Glenmuir F.C make it two wins out of two with a 4-2 victory over Rampart Celtic 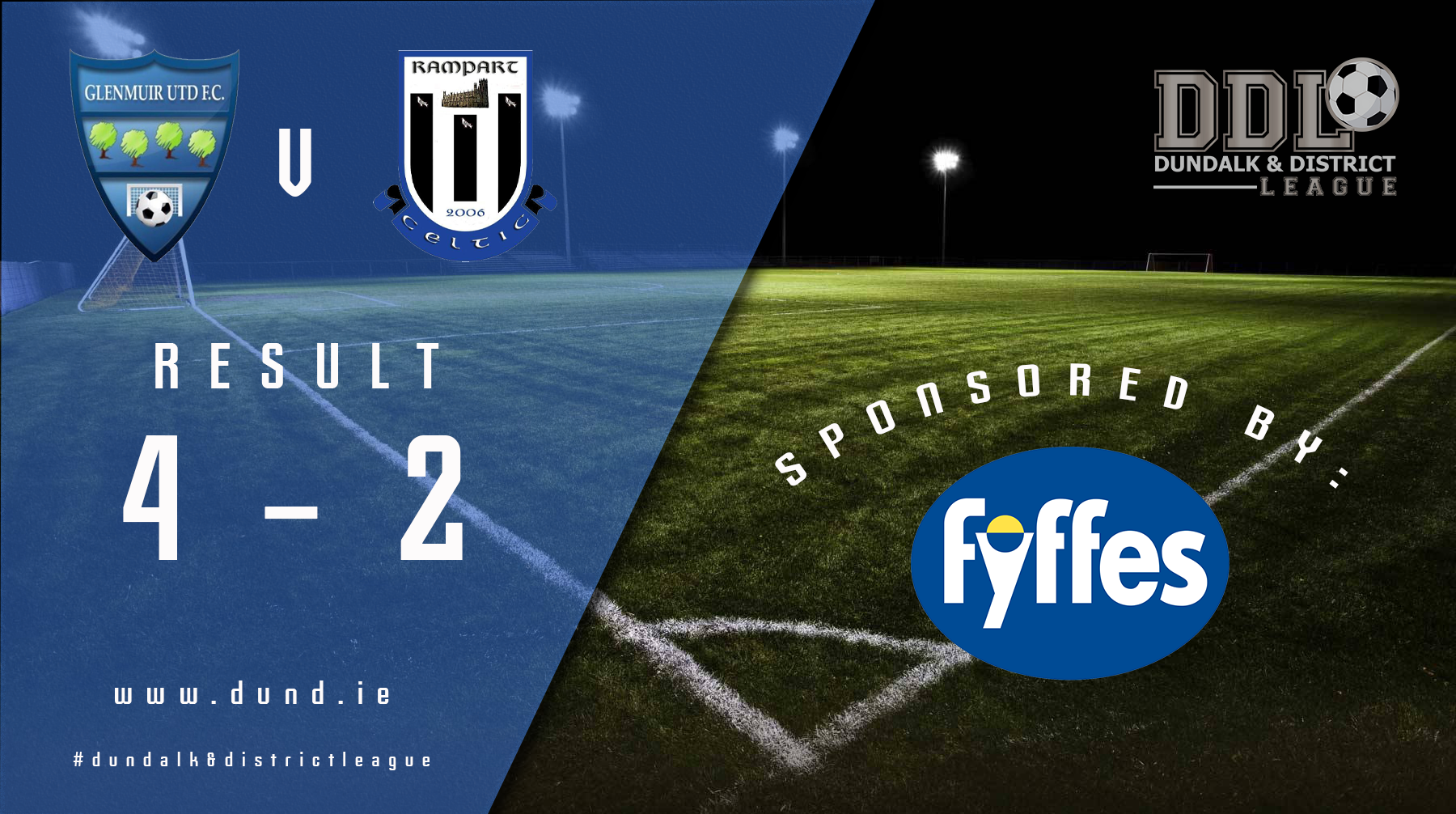 Glenmuir made it two wins on the bounce with this well deserved 4-2 victory over Rampart Celtic in Glenmuir Park. The home side looked lively right from the start but it took them 29 minutes before breaching the Rampart defence. Jamie Doherty’s daisy cutter from the distance eluding the Rampart keeper, five minutes later Ben Kapinga doubled Glenmuir advantage to put the home side 3-0 ahead. On the half hour Mark Lee Wright with a tap in for his 10th goal of the campaign give the visitors a glimmer of hope.

Five minutes after the resumption of play a Glenmuir defender heaved into his own net past his advancing keepers to leave it a 3-2 scoreline. Rampart huffed and puffed but found the young home defence resolute and when Peter McStravick hit a powerful shot to put the Glems 4-2 up. The home side took control of the game and were unlucky not to add to their score, in the remaining 17 minutes. Peter McStravick and Ben Kapinga stood out for Glenmuir alone with Aidan McGuinness and Lee Wright of Rampart in a very entertaining match.