Redeemer Celtic take a massive step towards their first ever Premier League title with a 6-1 victory over Fane F.C.

Redeemer Celtic take a massive step towards their first ever Premier League title with a 6-1 victory over Fane F.C. 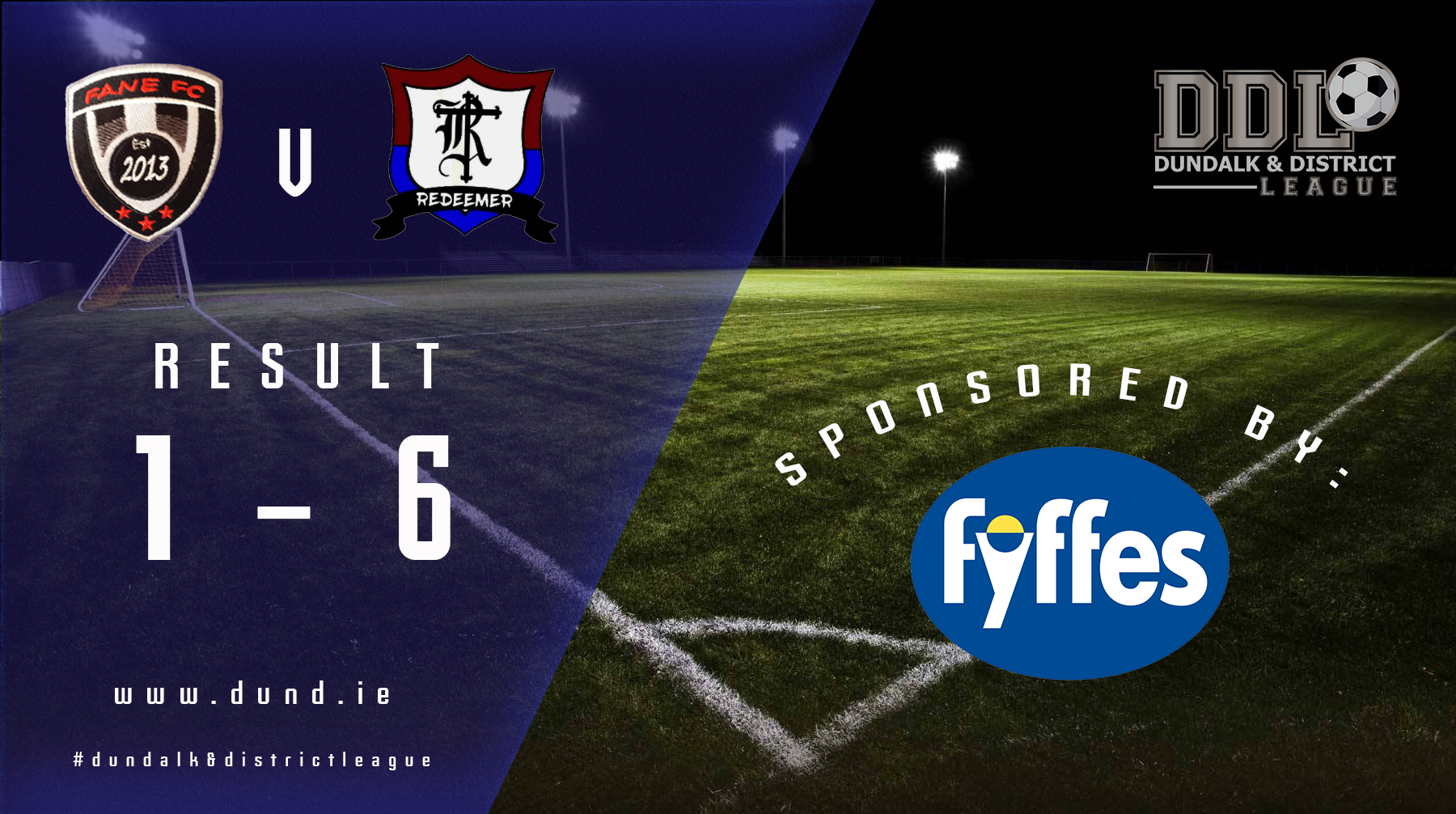 Redeemer Celtic took a massive step towards clinching their first ever Dundalk and District Premier League title with a very convincing scoring display against their tenents Fane F.C., opening a 12 point gap with 4 games left to play, over their nearest rivals, the out played Fane.

Thomas Daly opened the scoring for Redeemer with a simple tap in on the 12 th minute, this goal put him joint top of the scoring charts alongside Chad Mcenaney, both on 12 goals.  A quick fire brace from Paddy O’Connell in the 27th and 28th minute put Redeemer 3 up, bringing his seasons total to 8 goals. In the 32nd minute Ryan McDonald got the better of  the goalkeeper in a one in one situation to give the Gorman Park side 4-0 lead which they took into the break Fane put up much better resistance in the second half but a careless pass was pounced on by Ryan McDonald in the 59th minute to put Redeemer 5-0 ahead. Five minutes later Cathal McGlade was taken down in the box and Fanes outstanding attacker on the night dispatched the spot kick for Fanes consultation score. Twenty minutes from the ‘Willo the Wisp’ Kevin McCormack. completed the scoring finishing from close range in the final minute of the match, Damien Bond had a sterling game.