Bellurgan United come out on top with a 3-2 victory over Rampart Celtic.

Bellurgan United come out on top with a 3-2 victory over Rampart Celtic. 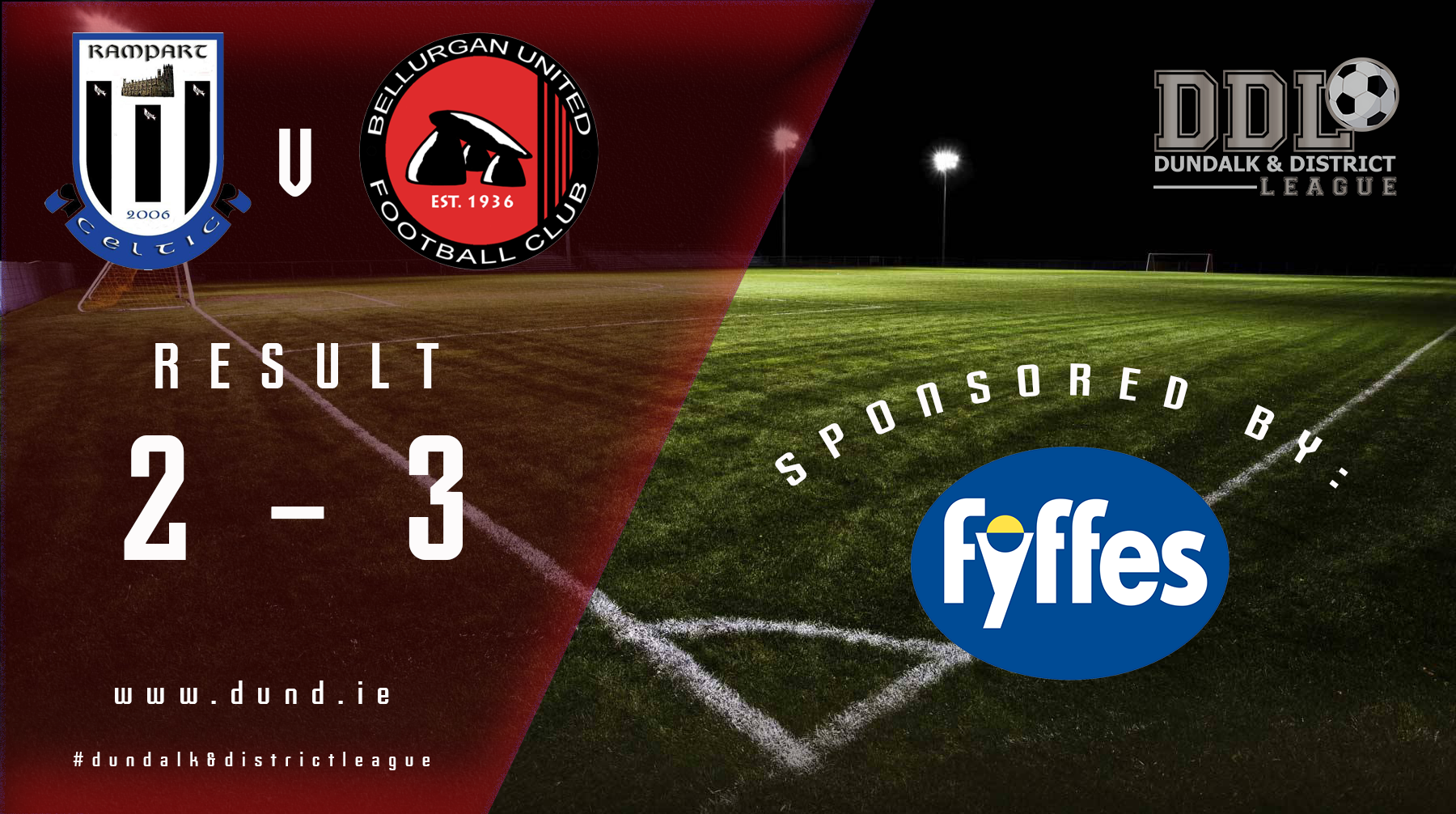 Bellurgan made it 3 wins in the bounce by inflicting a 5th straight defeat on Rampart in all competitions. The first chance of the game fell to Rampart when Jade O’Conor put Peter Fisher but his shot came back off the crossbar. On 15 minutes a Luke Higgins corner was finished to the net at his second attempt by Ray Finnegan to put the visitors ahead. Just before half-time Shane O’Brian brought a fantastic save from Rampart keeper Paul O’Hagan.

Early in the second period a stunning 20 yard drive from Steven Finnegan found the roof of the net to out Bellurgan 2-0 ahead. Within a minute Eedris Akinade pulled a goal back for the home side his shot from just inside the box giving the keeper no chance. In the 56th minute Rampart were unlucky not to get on terms when Lee Wright hit the crossbar. Jade O’Conor then had a great effort saved as Rampart upped the anti in search of an equaliser. In the 84th minute Shane McAleavy fired home from inside the box to put Bellurgan 3-1 ahead. The never say die spirit of Rampart saw them win a penalty in the 88th minute when Aidan McGuinness was brought down and Lee Wright dispatched the spot kick, his 11th goal of the season, to make it 3-2 to Bellurgan.