Redeemer Celtic go one step closer to lifting the title with a 5-2 victory over Bellurgan United.

Redeemer Celtic go one step closer to lifting the title with a 5-2 victory over Bellurgan United. 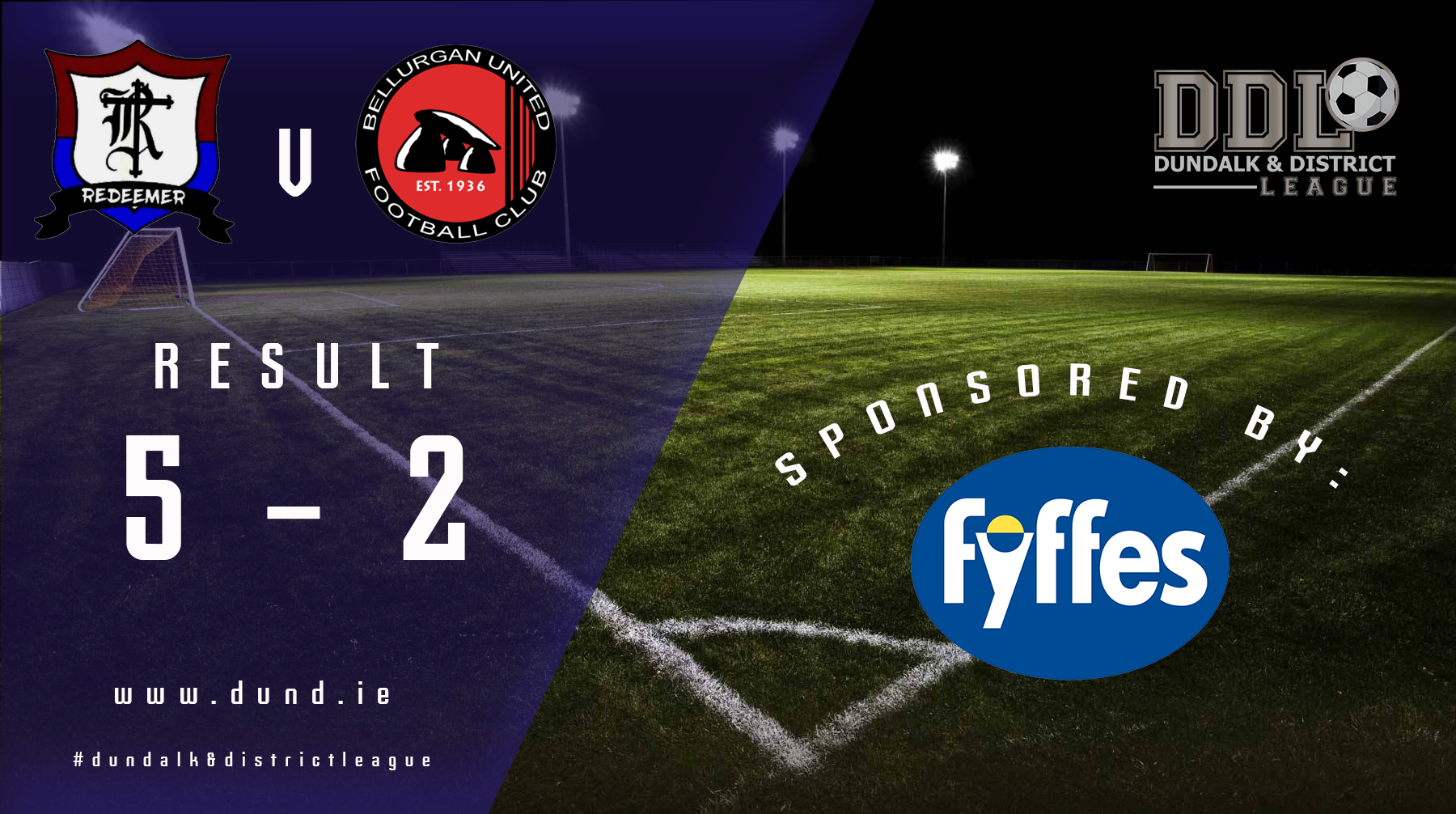 A lighting start to this game saw League too scorer nipping in to shoot past Kevin Rogan. Right from the ball being re-centred Shane O’Brian dashed past the home rearguard to hammer home an equaliser. Two minutes later a high cross from Kevin McCormack eluded the Bellurgan keeper to put Redeemer ahead with 8 minutes played Ryan McDonald made it 3-1 to the host. On 17 minutes the on fire Thomas Daly had Redeemer 4-1 ahead. Just after the half hour mark Ryan McDonald made it 5-1 to the title winners in waiting.

The second half saw a much improved performance from Bellurgan and they were duly rewarded when Luke Higgins fired past Cillian Rice in the Redeemer nets. With the visitors now dominating the game they won a penalty with 15 minutes remaining, but John Smith failed to beat Rice in the home nets to make it 5-3 and a great chance for a fight back was lost. Both teams are to be commended for serving up a great feast of entertaining football. Redeemer have opened up a 15 point gap over their nearest rivals with three games left to play, only Rock Celtic have any chance of catching them. Players to light up a dark damp evening for the healthy crowd who came out to watch the Gorman Park goal fest were Ryan McEvoy, Thomas Daly and Ryan McDonald of Redeemer along with Shane O’Brian, Luke Higgins and ‘Bud’ Traynor of Bellurgan.