Rock Celtic move to second place with a 4-2 victory over Fane FC.

Rock Celtic move to second place with a 4-2 victory over Fane FC. 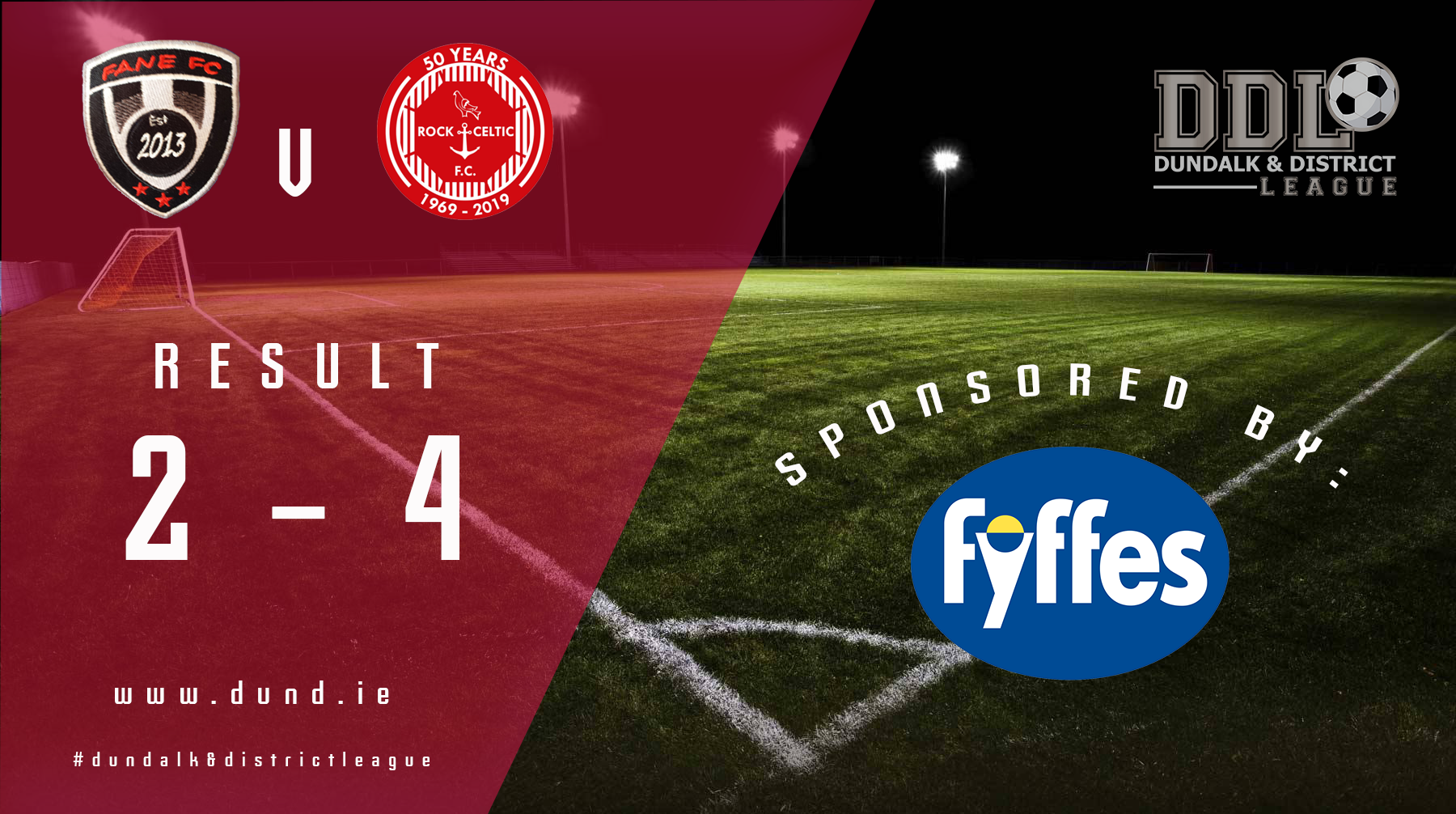 Rock Celtic leaped-frog over both Fane and Bellurgan to claim second spot in the League with this deserved victory over Fane F.C. in Sandy Lane. Both teams made full use of the wide expanse of the pitch to play some excellent passing football. Despite the many chances created, it took until the 40th minute for Fane to break the deadlock, Brendan McKevitt tapping home to give Fane the lead.

The lead was short lived in the second half, Derek Delaney chipping the keeper to level the score 8 minutes in. Within minutes Oisin Meegan had Rock 2-1 ahead tapping in to finish a well worked move. Midway through the second period a Rory Connolly header had the home side 3-1 in front. In the 80th minute a tremendous shot from Niall Smyth stretched Celtics lead. Despite trailing 4-1 Fane never gave up and win a penalty with 3 minutes to play, Ger Collins dispatching the kick to complete the scoring. Rock will now hope that Rampart Celtic can do them a favour by beating Redeemer Celtic next Tuesday to keep their title challenge alive.