Glenmuir make it to their first McConville Cup final with a 4-3 victory over Bellurgan United.

Glenmuir make it to their first McConville Cup final with a 4-3 victory over Bellurgan United. 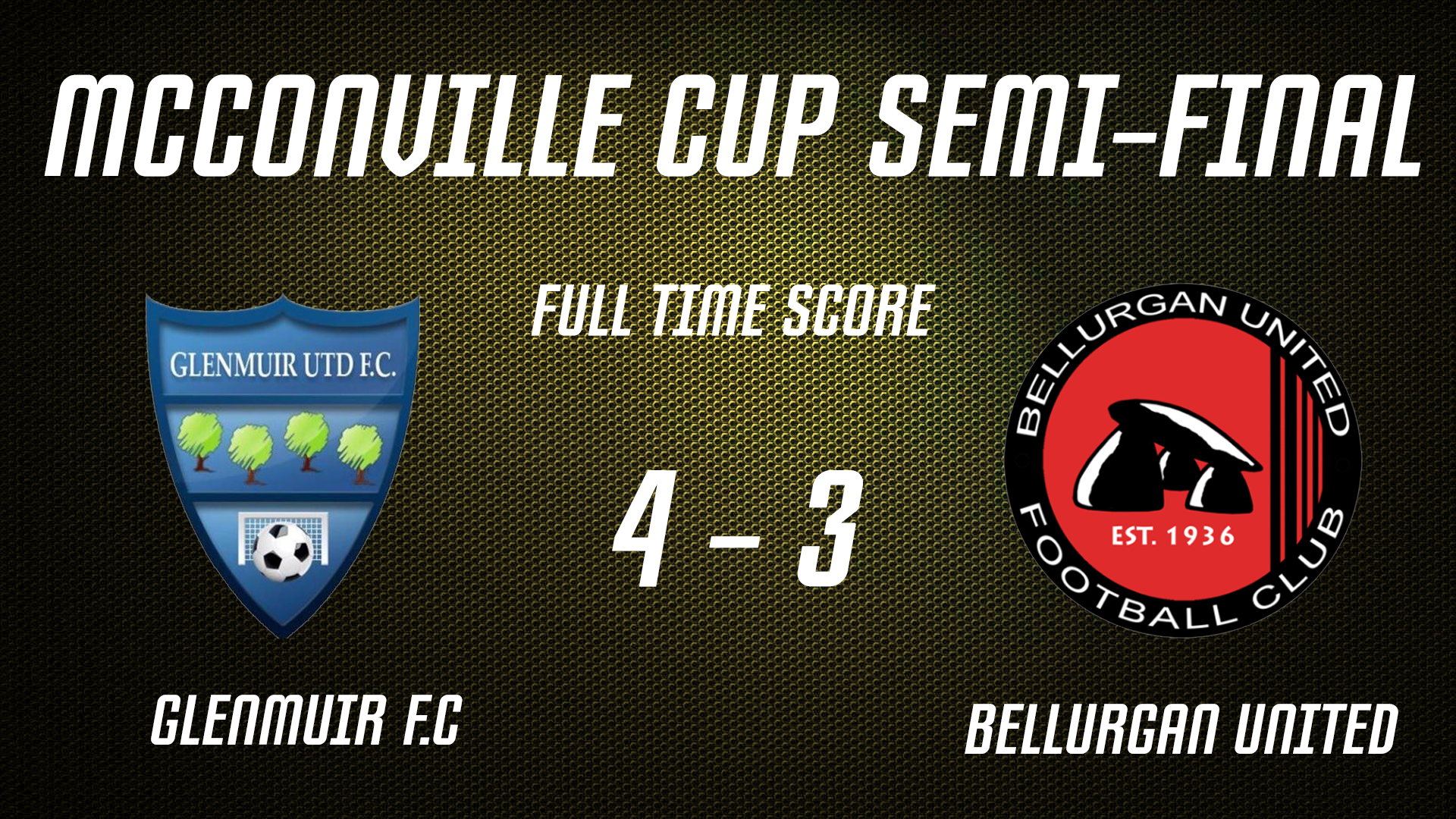 This Fastfix McConville Cup semifinal in Clancy Park kept the large crowd on tender hooks right to the last minutes of a thrilling match. It was three times winner Bellurgan who struck first, Steven Finnegan expertly driven free from outside the box eluding well and Glens keeper Jordon Mackin to give the Peninsula side a 24th minute lead. Both sides were intent on attack and it made for a fast flowing game. A long ball down the centre and deep into the Bellurgan half saw Peter McStravick challenging for possession with Steven Finnegan and the Glenmuir man managed to poke the ball past the advancing Kevin Rogan in the Bellurgan nets to level the match before the break.

Bellurgan came out the stronger in the second half, forcing the Glems to giveaway a succession of free kicks, and Dan O’Conor made them pay dearly in the hour mark scoring from 25 yard out to put them 2-1 ahead. Five minutes later Tadgh O’Conor made the best of another ball over the top to fire the red and blacks into a 3-1 lead. It was looking like Bellurgan were on their way to a final meeting with Redeemer Celtic until Paddy Nicholson moved in from the wing into the centre and in a crowded penalty area he stabbed home a loose ball that came back off the keeper to relight Glenmuirs flame. Within a minute Peter McStravick had the sides level at 3 apiece with 25 minutes to play.

As the game swung from end to end it took a save of the season from Mackin in the Glems nets tipping a Steven Finnegan free from entering the top right hand corner. The blues had another let-off when Bellurgans Shane O’Brian was fouled on the end line of the penalty area, but referee Simon Halpenny waved play on. As the game entered the final minutes the Bellurgan keeper spilled a shot from distance and before he could react Peter McStravick pounced to tap home what was to prove to be the winning score, which sent the Glems to their first ever McConville Cup decider.

Man of the Match, Aoghan McGuinness.